But then she looked at him. Their eyes locked and he saw something in her face that gave him a sickened feeling. He didn’t understand why, but he instantly regretted catching this particular fish. She was the most beautiful creature he had ever seen, and he could see in her eyes an understanding, a reassurance, and an acceptance of what he had done to her. The bear recoiled in horror after realizing he had hurt such an irresistible creature. But it was too late, she was ripped to shreds and her soft red blood had clouded the once clear water. Claw marks covered her body and she sank to the bottom of the river. 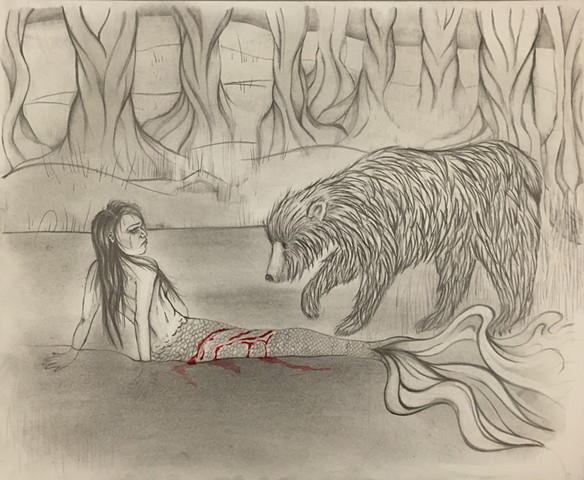