Days went by and he watched her struggle to feed herself. She was too weak to catch her own fish, so he caught her one, gutted it and let it sink down to her. She looked up at him with her bewildering gaze, appreciative of his gesture. After days and weeks the two watched each other from bed to bay. When she could swim and catch fish on her own, she would swim father and further away, and the bear had trouble keeping up with her. He would run along side her as she swam because he wanted only to protect her, and watch her exotic and interesting ways of doing everything she did. 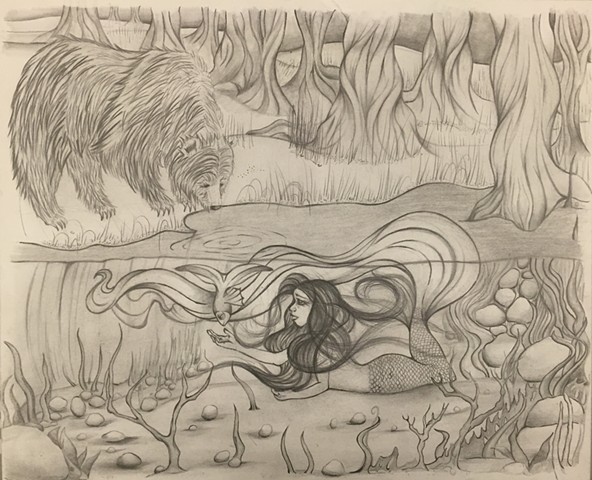