One morning the bear awoke to her head peeking out of the water at him. She gave him one of her looks, those looks that filled him with an insatiable feeling, but this time it had a dark feeling to it, a feeling that she had been concealing something the entire time he had been watching over her. The bear had saved her, but he had only saved her from the damages he himself had done. He could see in her expression a new fierce strength he had never witnessed before, and it shocked him so much he couldn’t move, he could hardly breathe. 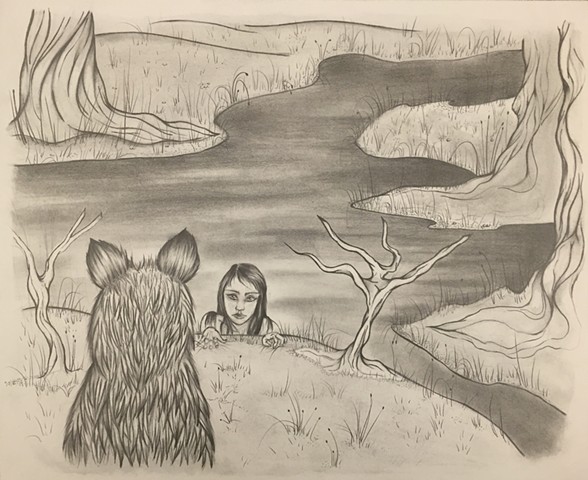